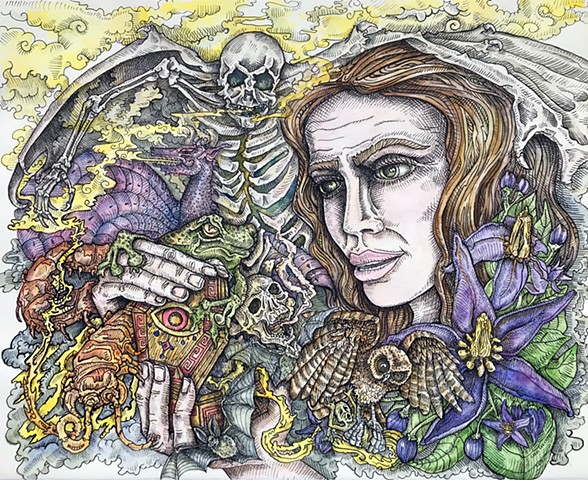 In classical Greek mythology (c.700 BCE), Pandora was the first woman on earth.

Zeus ordered Hephaestus to create her from clay. The gods endowed her with many gifts: Athena clothed her, Aphrodite gave her beauty, Apollo gave her musical ability, and Hermes gave her speech. Zeus presented Pandora to Epimetheus as a potential wife. The Titan Epimetheus fell madly in love with Pandora and wished to marry her even though he was suspicious of Zeus and his intentions. As a wedding present, Zeus gave Pandora a box but warned her never to open it. Pandora, who was created to be curious, couldn’t stay away from the box and the urge to open the box overcame her. Horrible things flew out of the box including greed, envy, hatred, pain, disease, hunger, poverty, war, and death. All of life’s miseries had been let out into the world. Pandora slammed the lid of the box back down. The last thing remaining inside of the box was hope. Ever since, humans have been able to hold onto this hope in order to survive the wickedness that Pandora had let out.

“Pandora’s box” now means anything that is best left untouched, for fear of what might come out of it.