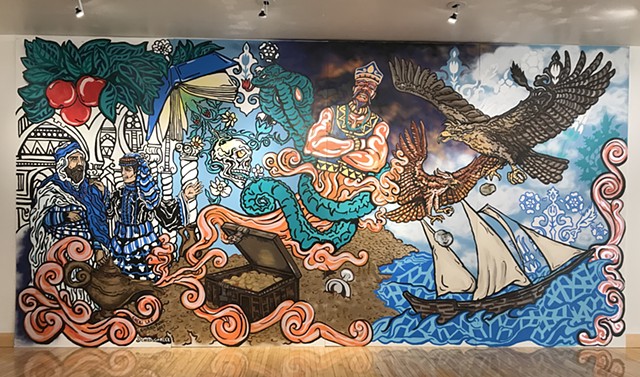 One Thousand and One Nights (c. 786- 1258 AD) is a collection of Middle Eastern folk tales compiled in Arabic during the Islamic Golden Age. The work was collected over many centuries by various authors, translators, and scholars across West, Central, and South Asia and North Africa. The tales themselves trace their roots back to ancient and medieval Arabic, Persian, Turkish, Indian and Jewish folklore and literature. What is common throughout all the editions of the Nights is the initial frame story of the ruler Shahryar and his wife Scheherazade and the framing device incorporated throughout the tales themselves.