In 2016 the Mile of Murals collaborated with New York's Audubon Mural Project to pilot the Chicago edition. The Audubon Mural Project began in 2014 as a public art initiative of the National Audubon Society, in partnership with the Harlem-based Gitler & Gallery of upper Manhattan, New York. The goal of the project is to paint murals honoring North American bird species that Audubon’s research has determined are threatened by climate change in this century, in order to bring awareness to this environmental crisis.

My contribution to the mural was a focus on woodland birds that are regional to Chicago such as the Yellow Bellied Sapsucker, Hairy Woodpecker, Red-breasted Nuthatch, and White-breasted Nuthatch. I did two large vignettes on one side I showed the birds healthy and productive in their ideal habitat on the opposite side of the underpass I depicted an apocalyptic version of the birds with a dark comedic twist to the subject matter.

The other artists involved on the project were Ruben Aguirre, Andrea Jablonski, Anthony Lewellen, Tyrue Slang Jones, and Chris Silva. 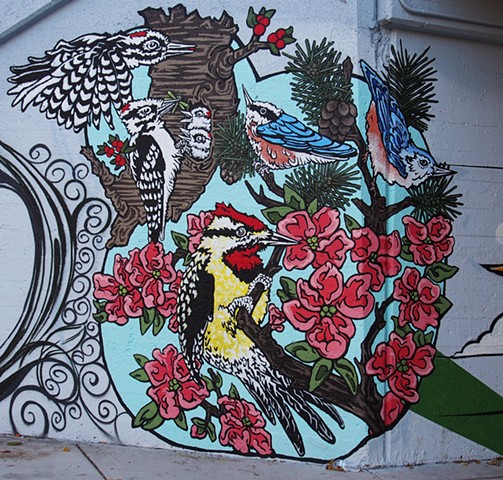 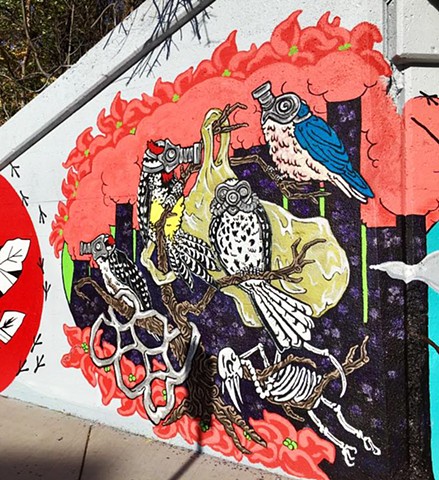 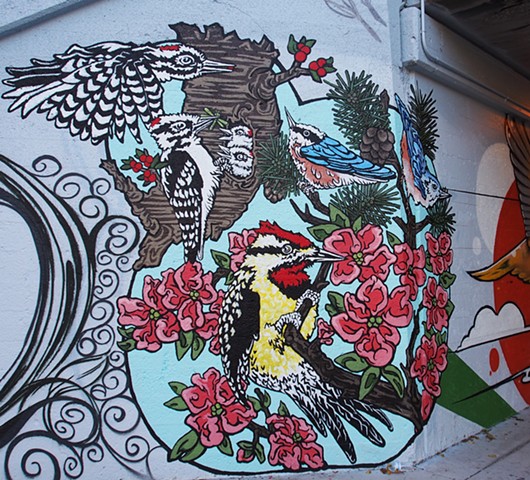