Murals > Under One Sky: Mural celebrating the 200-year anniversary of diplomatic relations between Morocco and the United States 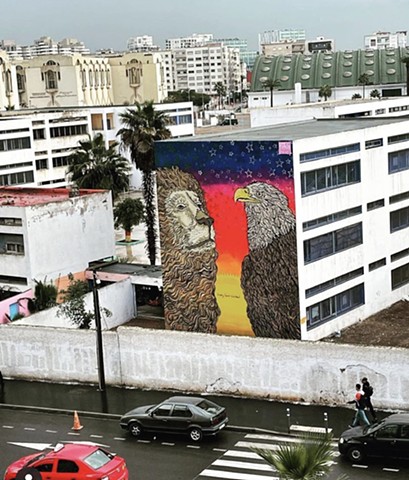 Under One Sky
Acrylic, Exterior Latex, Spray Paint on Plaster 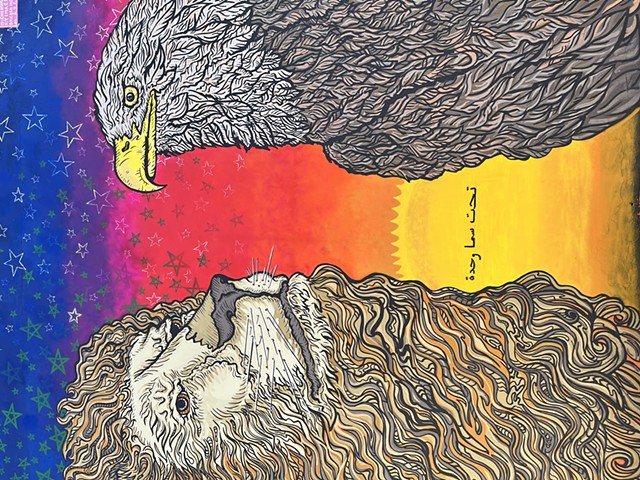 Under One Sky
Acrylic, Exterior Latex, and Spray Paint on Plaster
40 x 22 inches 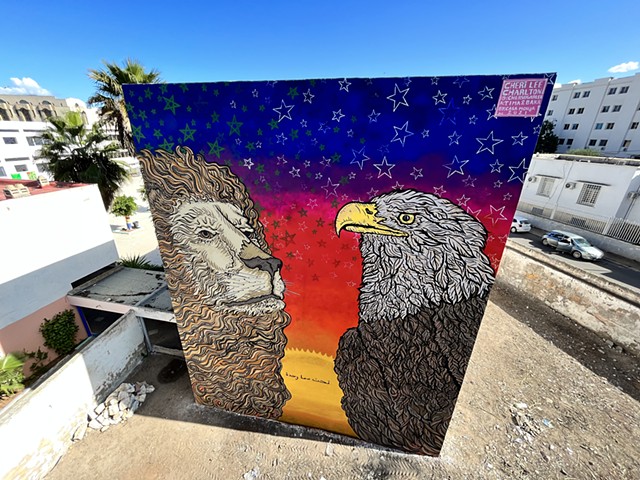 Under One Sky
Acrylic, Exterior Latex and Spray Paint on Plaster
20 x 45 feet 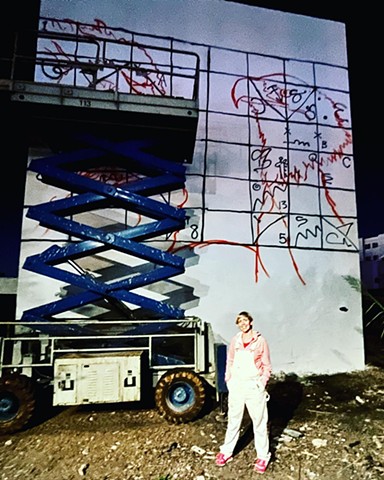 Under One Sky: Process
Acrylic, Exterior Latex, and Spray Paint on Plaster 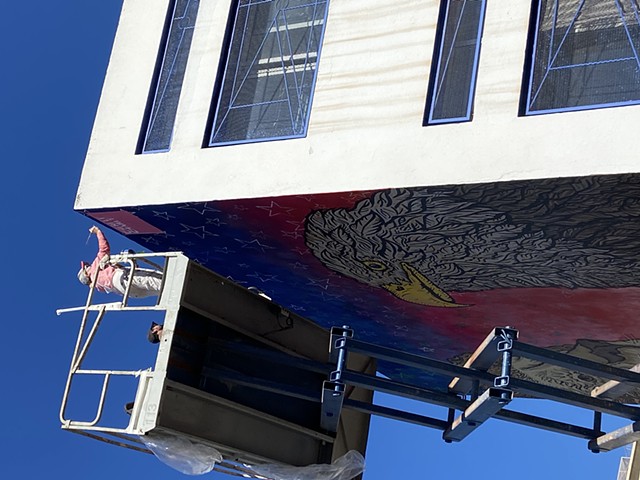 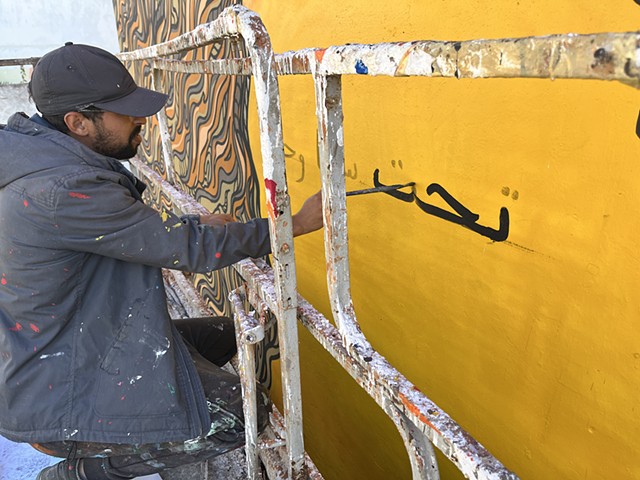 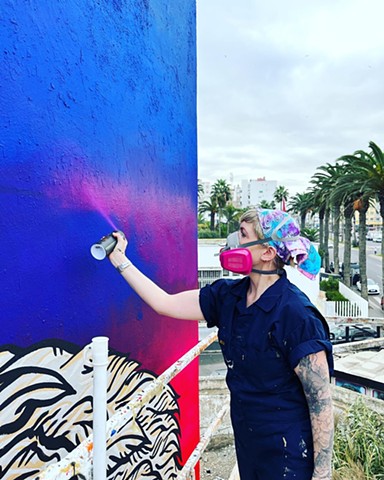 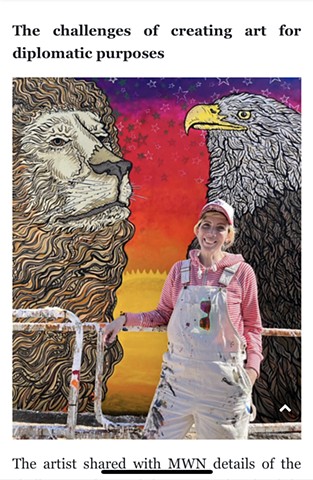 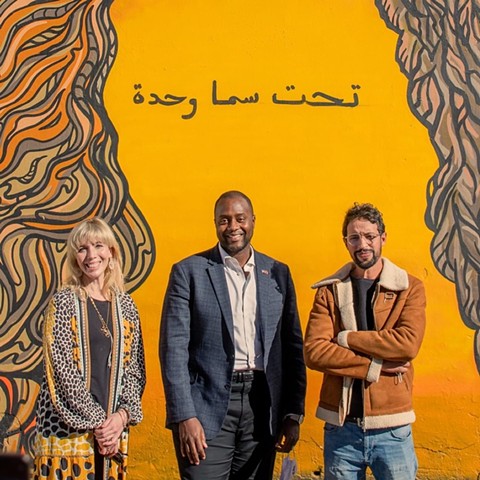 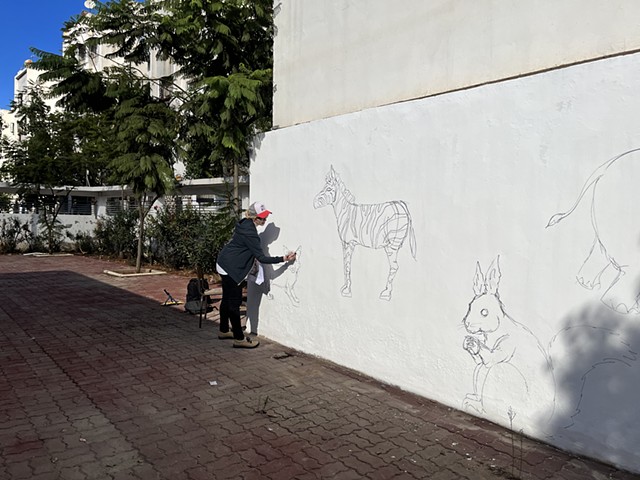 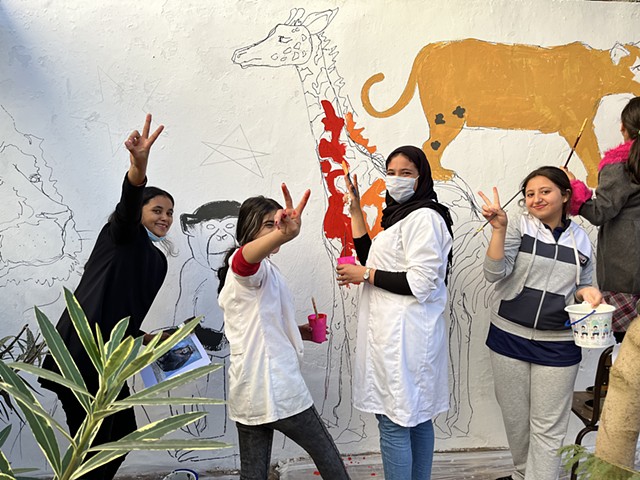 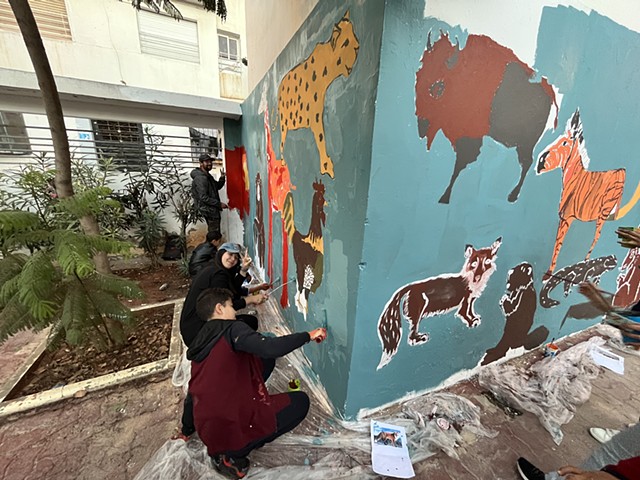 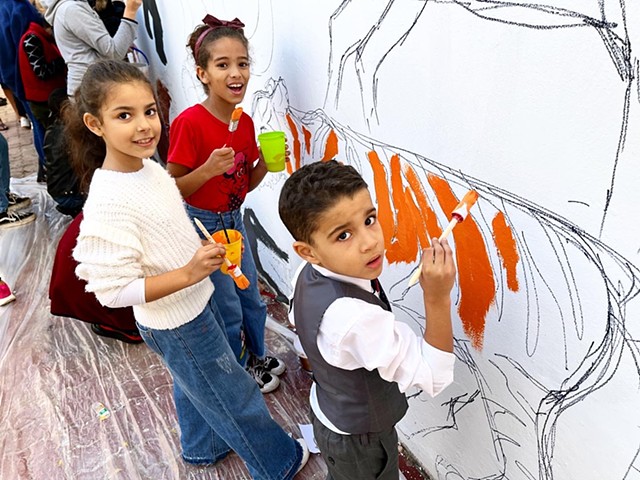 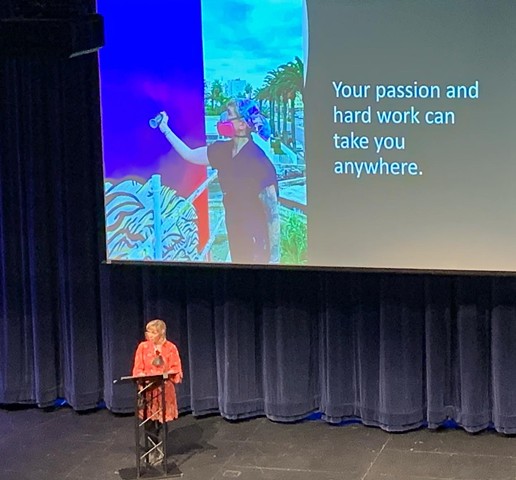 I am proud to have been selected by the American Consulate and The Sister Cities of Chicago to design and paint a large-scale mural in Casablanca, Morocco in November of 2022. The piece celebrates the 200-year anniversary of diplomatic relations between Morocco and the United States.

It features two proud, powerful iconic animals which are emblematic of the two countries: the Barbary Lion and the American Bald Eagle. The fact that the former was driven to extinction and the latter nearly so underscores the importance of our continued partnership into the future as we wrestle with several global challenges including serious environmental threats to our planet. We all share a common home under one sky; so we all have a common interest in protecting it for future generations. The mural is located on Moulay Youssef near the Grand Mosque in Casablanca, Morocco.

I was assisted on this project by artists: Tima Khalio and Bakr Addaoui

This opportunity as a visiting artist allowed me to make connections to the people of Morocco by engaging with the community in meaningful, and positive way. While painting "Under One Sky" I did an additional mural project with children at the Sidi Moumen Cultural Center that connected to themes celebrated in the larger piece. Images of that project can also be viewed in this gallery.